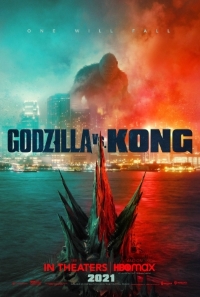 Now that the Warner Bros. and Legendary MonsterVerse has ostensibly come to a close, we can look back with some degree of impartiality on how it all played out. As a lifelong fan of Godzilla and his monstrous adversaries since childhood, I was extremely excited for Gareth Edwards’s 2014 American adaptation. And I say “adaptation” because that is precisely what the first trailers led us to believe it would be, a call back to the 1954 original GOJIRA with its radioactive beast destroying everything in his path. We got the requisite vistas of destroyed cities with Oppenheimer quotes playing over top of them. “Now am I become Death, the destroyer of worlds”.

But the trailers were a kind of bait and switch. Godzilla wouldn’t be the embodiment of nuclear terror found in the Ishiro Honda original. He would be Godzilla, the protector of worlds, a slumbering beast reawakened to combat the real threat, a pair of insectoid kaiju called the MUTO. While there would be some hint of social and political commentary regarding the use of nuclear weapons, their proliferation, the generational guilt over how WWII ended, etc., most of this would be briefly mentioned and then let go into the wind... 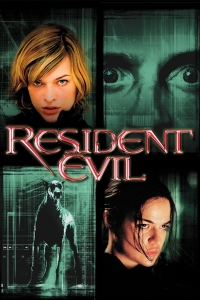 RESIDENT EVIL the film opens by spoiling one of the major mysteries of Resident Evil the game. We are told right from the start about the Umbrella Corporation, the largest pharmaceutical company in the United States. Their public-facing image as a simple drug company masks a clandestine enterprise involving bioweaponry and military technologies.

We then see a group of Umbrella employees, none of whom seem particularly menacing or evil, going about their day-to-day in the laboratory. No one in the lab seems to have any clue their employer is engaging in dangerous activities... 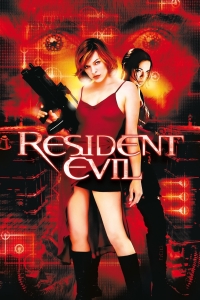 Resident Evil was released by Capcom in 1996 for the Sony PlayStation. The development particulars don’t matter much here. It’s enough to say that series creator Shinji Mikami drew heavy inspiration from the zombie films of George Romero and classic PC games like Alone in the Dark.

It’s the legacy and innovation of Resident Evil that matter more. Not only did Mikami’s creation give birth to a new wave of horror-infused third-person action games, it single-handedly birthed an entirely new genre of video game: survival horror... 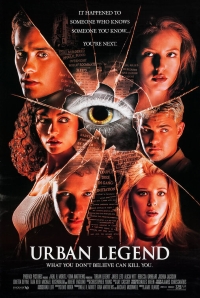 I don’t think it’s possible to discuss a 1990s or early 2000s slasher film without mentioning SCREAM, Wes Craven’s 1996 critical and financial darling. In terms of ripple effects, it was massive, launching not just a wave of self-referential and self-aware horror films, but whole swaths of smarmy teen oriented television shows. SCREAM didn’t just give us I KNOW WHAT YOU DID LAST SUMMER. It gave us JAWBREAKER and Dawson’s Creek. It did for the under 25 audience what PULP FICTION did for everyone else. It gave them an attitude and a vernacular they enjoyed and the Hollywood meat machine started grinding its gears... 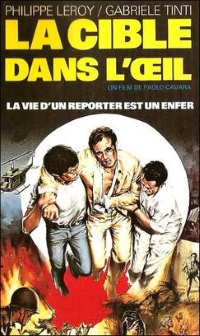 More than a decade before Ruggero Deodato took to the jungles to film his anti-Mondo masterpiece CANNIBAL HOLOCAUST, former Gualtiero Jacopetti associate Paolo Cavara had a go at tackling the argument with THE WILD EYE, a 1967 drama about an ambitious, cynical director who plunges his crew and lover into constant danger and depravity in order to collect good material for his documentary. Cavara was co-director on Jacopetti's first blockbuster success, 1962's MONDO CANE. MONDO CANE kicked off a series of films, known nowadays simply as Mondo films, that mixed the standard, harmless travelogue with scenes of graphic violence, bizarre cultural practices and softcore sex, creating what can only be called an exoticized freak show. The cultural impact of MONDO CANE cannot be exaggerated. It was a phenomenon and Jacopetti, an opportunist of the most extreme kind, knew he was on to something...

NIGHT SCHOOL definitely benefits from the general incompetence and laziness of the subgenre it belongs to. It is a slasher film that doesn't quite fit with the rest of its early 1980s brethren. It feels different, much more like a giallo film than yet another routine stalk and slash parade. It has a particularly grimy look to it without a hint of the kind of pop aesthetic that usually accompanies a slasher film made during the most aggressively garish of decades. The film feels lived in, slimy and dirty. None of the actors (even the gorgeous Rachel Ward) look particularly actorly, if that's the right way to put it. It might sound hyperbolic, but compared to other films of the era, it looks downright cinema verite. It's that particular level of visual reality that helps make NIGHT SCHOOL, at the very least, a kind of one-off in the slasher sub-genre...

The film begins with a pretty young blonde named Nora aboard a plane set to arrive in Italy. In her hands is a book, a dime-store murder mystery thriller with the words The Knife emblazoned upon its cover in ghastly lettering. Voice over narration informs us that Nora has been sent to Italy to stay with a family friend, Ethel, by her mother, the hope being that a trip abroad will break Nora from her murder mystery novel obsession. A man offers her a cigarette, which she accepts. He will later be arrested by the police in the airport. The cigarettes he’s carrying are laced with marijuana. Arriving at Ethel’s home, she meets Marcello, a doctor, who informs her that Ethel is ill, suffering from a high heart rate. Later that night, during a loud thunderstorm, Ethel dies of a heart attack...